Swaddling is really important in the early days because it gives bubs a sense of security and helps with sleep and settling. They have a reflex called the Moro or startle reflex which makes their arms flap around when startled and even when they are just sleeping. This inadvertently wakes them up.  I used to just wrap Little HSH tightly, his hands down and by his side with the average muslin or jersey wrap but found that he became a bit of a Houdini as he approached 4 weeks old. He was always able to squirm his way out of his nicely done wrap.

Thereafter I became a baby marketers dream, purchasing multiple products that promise to help your baby sleep. Maybe all mums are like that. When you are desperate for sleep and you've become a prisoner of your own house, the internet is your escape. At least it was mine.

I tried a few products, all with very good reviews that I found worked.

To start off with, we had Aden and Anais's bamboo wraps. I chose bamboo because it was so much softer then traditional muslin. Aden and Anais have really nice prints and I bought a pack with prints that are uni sex rather then traditional boy colors. These wraps are really big and can be used as a shield over the pram, to cover up when breastfeeding, wrapping bubs etc. We used it for a while when bubs was a few weeks old but found the fabric was too stretchy and got loose quite easily. From 3 months onwards, I started using Aden and Anais to do the "Angel wrap" which involves wrapping his arms up towards his face. This is a good wrapping technique to use as its easier to transition them to being fully unwrapped. For example, you can start loosening the wrap around their arms, or only wrap one arm etc. 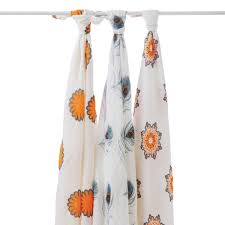 A few weeks after he was born, Little HSH started escaping his wraps, the ones we painstakingly folded to perfection. Mr HSH was particularly good at this. I googled and found the Miracle Blanket. It promised to help your baby sleep longer, pediatrician approved and apparently inescapable. Well, did it help our bubs sleep longer? Debatable, sometimes he did, and sometimes he didn't. But it proved to be fairly easy to use and it was in deed inescapable. We used the miracle blanket for several weeks until Little HSH became frustrated with his hands by his side. I will be keeping this product in our drawers for our next bubs.

This is my favorite swaddle of all times. Very popular on the market and well worth the money. Online stores like the Sleep Store and Wriggle Pot will often have sales on, especially if you purchase two. The theory behind Love to dream is that babies actually use their hands to suck on or rub their face as means of self soothing. I found the swaddle to be very well made with comfy material that washes well and a sturdy zip. Anyway, Mr HSH and I both love this swaddle and I think bubs slept well in it too. I started using Love to dream from when he was around 6-8 weeks when he benefited more from learning self sooth rather then always having his hands down. We purchased 2 in size small and 2 in size medium. We don't use them anymore even though size medium goes up to 8kgs. Instead with now use the Aden and Anais to angel wrap (same principle of wrapping hands upwards towards face) Little HSH so that we can transition him to being fully unwrapped as he is learning to roll. I will definitely be keeping this product for our next bubs. A must have! 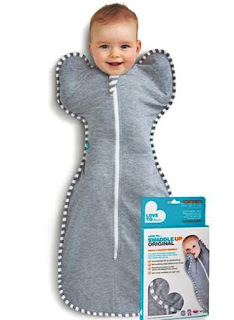 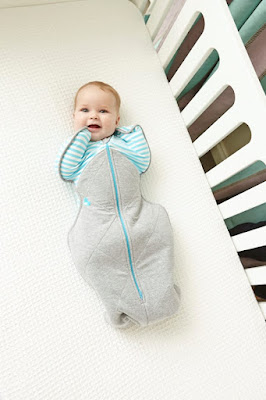 Sleepy wings is an Australian product designed for use to help transition babies into sleeping bags by swaddling their arms up (or down if you choose to). I used them successfully with Little HSH and he is now in his sleeping bag without using sleepy wings on most nights. This product is also good for babies with eczema to prevent them from scratching themselves. Another handy product.